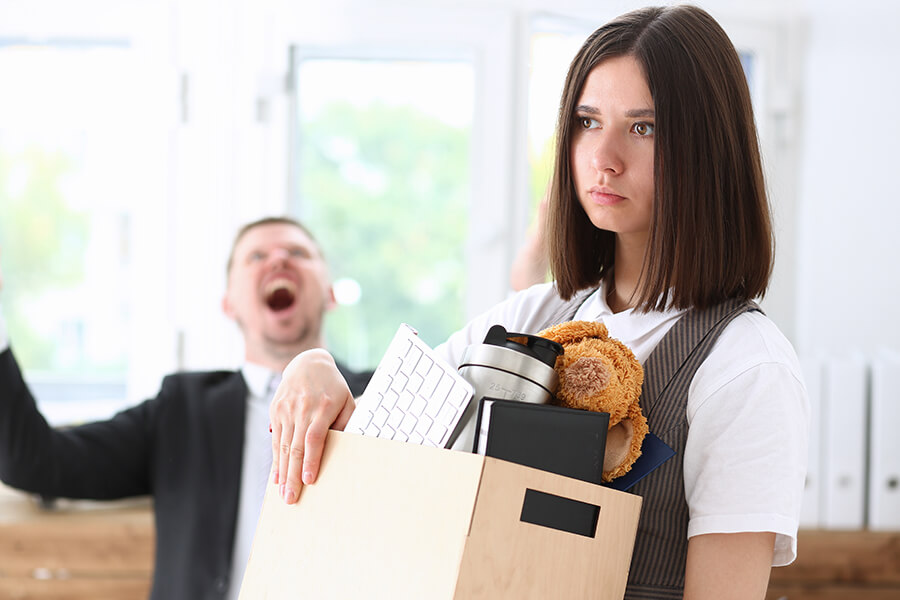 Being fired from your job can be demoralizing and difficult to live through. This can also have a negative impact on your financial and emotional well-being. You might consider speaking with a lawyer to get help with wrongful termination in Nevada. Unfortunately, in many cases, the employer’s actions might seem unfair but are not wrongful termination. Read on to learn more about Wrongful Termination in Nevada.

WHAT IS WRONGFUL TERMINATION IN NEVADA?

It’s easier to explain what an illegal termination is by first explaining what Wrongful Termination in Nevada is. Nevada is known as an “at-will” state. At-will employment means that your employer can fire any employee for any reason at any time.

Because there are many exceptions to the at-will rule, I said: “in general”. Your employer can’t terminate you illegally if they don’t break any of these exceptions. Let’s look at the 12 most common reasons for a termination that could be considered illegal.

WHAT ARE THE EXCEPTIONS TO AT WILL EMPLOYMENT

A majority of employees do not have a contract. If you are covered by a collective agreement or union, you do have a contract. You might also have signed a written contract for specific projects or for a certain length of time. You might also have an oral contract if your boss stated things like “I won’t fire you unless you’re really bad” or “I guarantee you can keep this job for at least 2 years.”

Employers aren’t allowed to retaliate against employees for doing certain things. Here are the top 10 things employers can’t do to an employee as retaliation.

Your employer might fire you, demote you, or retaliate against you in any other way after you take any one of these 10 actions. Them doing so could create a case of wrongful termination. You may not have a case if the retaliation was for something else.

WHAT IF YOUR EMPLOYER MAKES AN ILLEGAL ACCUSATION AGAINST YOU?

Sometimes your employer may mistakenly believe you have done something wrong, or even accuse you of doing it wrongly, even if they know that you didn’t. Most cases of terminating employees based on false accusations aren’t illegal. An employer might make a false statement regarding an employee to a third person. If that action harms the employee’s reputation or career, there may be a case of employer defamation.

Some employers do things that are unfair, unethical, or immoral. However, just because they did, it doesn’t necessarily make it illegal. There’s a possibility that if your employer’s actions fall within any of the 12 exceptions for at-will employment, you would have a case for wrongful termination. Contact our office to learn more.