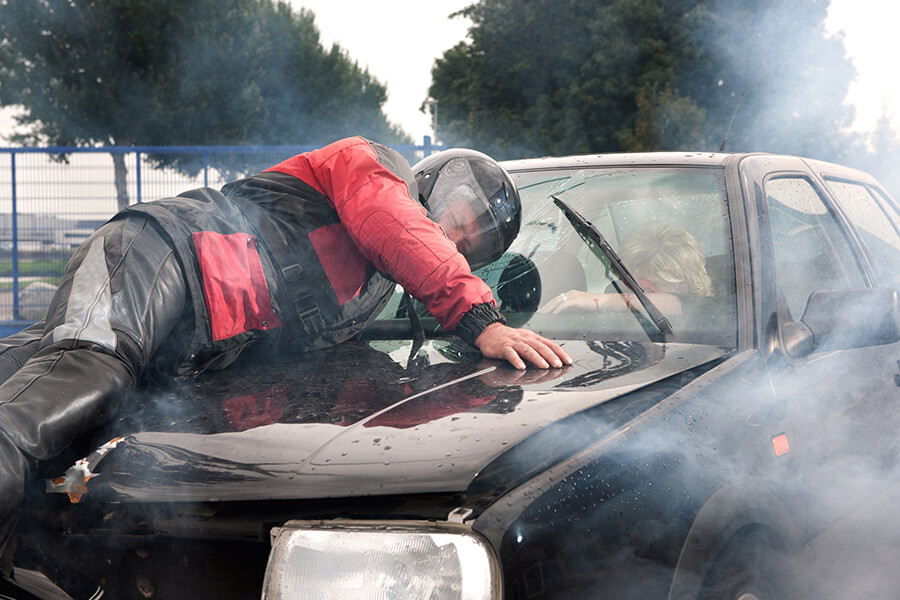 According to a major study at the University of Southern California (USC) Traffic Safety Institute, more than 60% of all motorcycle injury claims are the result of other motorists turning left in front of motorcycles that were proceeding straight ahead. The overwhelming majority of the time, these accidents were found to occur in intersections.

Motorcycles present smaller and narrower profiles on roadways than passenger cars. The drivers who cause these accidents consistently report that they either didn’t see the motorcycle approaching or didn’t see it until it was too late. According to the USC study, motorcyclists had an average of only about two seconds to attempt to avoid a crash.

Motorcyclists are Vulnerable to Injuries

Left turns, the lack of conspicuity and precious little time to avoid a crash all figure into the motorcycle injury claims equation. Then, there is the vulnerability of motorcyclists that has to be considered too. They have no steel body and frame around them, and there aren’t seat belts or airbags to protect them either. Injuries are often far more severe than in accidents involving passenger cars. Here are examples of some of the injuries that are seen in motorcycle injury claims:

If you’re a motorcycle accident victim, you’re cautioned against speaking with the insurance company of the driver who caused your accident and injuries. Nevada law doesn’t require you to do that, and their representative will only try to use your own words against you in the future in efforts to shift some or all of the liability for the accident onto you. Rather than speaking with that opposing insurer, contact the Gabroy | Messer to arrange for a confidential consultation and case review. We want to know what happened and how it happened. Then, we’ll answer your questions and fully advise you on all of your legal options. As opposed to the opposing insurer’s objective, our objective is to maximize any compensation that our clients might receive on their motorcycle injury claims. Contact us online or call 702-259-7777 today!