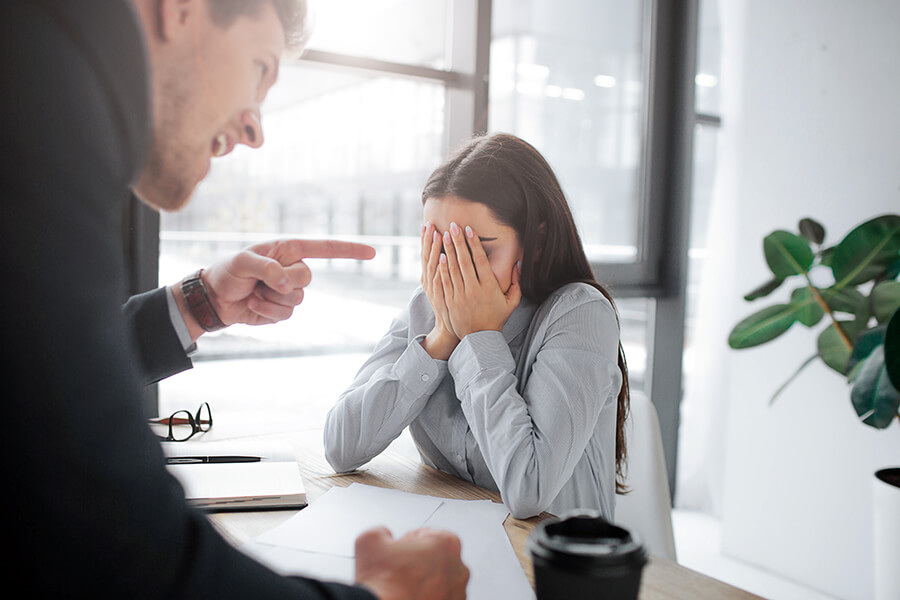 You may be looking for a Harassment Lawyer in Las Vegas if you have been the victim of harassment in a Hostile Work Environment. This type of workplace discrimination is prohibited by federal and state laws. A type of workplace discrimination that happens is harassment created in a hostile workplace. This applies to the one who is the object of the harassment and for the other employees who see it going on. Some workplace teasing crosses the line and becomes harassment. This creates a hostile work environment for the employees.  These behaviors are defined by specific legal standards which a top-rated harassment lawyer will understand. For this reason, it is important to contact an employment attorney who is knowledgeable in the Nevada discrimination laws.

At Gabroy | Messer, our employment harassment lawyers frequently represent clients whose rights have been violated through harassment by their employers. If you believe that you have been harassed in such a manner, call our office to discuss the details of your situation.

There Are Several Types of Harassment

If a co-worker teases you about a remark you made that was awkward or because of your choice of clothes, it may hurt your feelings but may not be unlawful. In order for the things said to be considered harassment and therefore possible to sue for, the things said must fall under certain factors of the law. These could include the following:

One example would be that someone made fun of your clothes because they didn’t like the color or style. That would not be unlawful, just be in poor taste. In order for it to be classified as unlawful harassment and be actionable in court, the comments about your attire would have to e in connection with your religious beliefs or your ethnic background. Also, if someone ridiculed you because of something you said that was awkward, that would not be actionable. However, if they made fun of what you said because of your accent, your lack of knowledge of the language, or if you have a speech disability such as stuttering, you may have a legal right to bring a lawsuit. A harassment lawyer would know which things are and are not permissible and can give you the right guidance.

At What Point Is a Work Environment Considered Hostile?

If any of these things apply to your situation, the first thing to do is to report the behavior to your employer. They are responsible to take the necessary action to stop it immediately. It is also illegal for your employer to retaliate against you for making the complaint or for you to play a part in an investigation of the hostile behaviors.

Contact a Harassment Lawyer at Gabroy | Messer For a Consultation Today

Hostile work environment accusations are very serious. At Gabroy | Messer, our harassment lawyers understand how complicated these types of cases can be and that you have a lot at stake.  We will evaluate your situation and discuss your legal rights and strive to protect them. If you are in such a situation, contact our office right away for an initial consultation.